After shopping at the supermarket, Ajay and his father headed home. They had bought many things because Ajay was having a birthday party that week. Both of them carried a few heavy bags of groceries.

When Ajay and his father reached their home, they saw a sign on each lift. The sign read ‘Out of order’.

“Oh dear,” said Ajay’s father. This meant that they had to take the stairs. Ajay and his father could not believe how unlucky they were. They lived on the fifth floor!

Ajay and his father slowly walked up the stairs. When they finally reached the fifth floor, both of them were out of breath. Ajay said, “We’re finally home!”

Thank you for the hard work, the stress, the long nights and last minute scramble to help me achieve the best I can in English.  Your classes have made me appreciate English like never before, despite my moaning and groaning over each school text!  I finally received a Band 6 for English Advanced, missed out on ONE mark for an E4 in Extension 1, but managed an E4 in Extension 2!  C3 has helped me this past year in more ways than one for which I am grateful, so thank you again for being super awesome!

Thanks to your guidance in that short time of one term only, I have improved in English which is evident in my results. Before I came here my English was really in the bottom of the grade and didn’t even look at the rubrics before writing my essays. Considering English has the worst scaling among my subjects, those extra marks were very valuable. Once again I thank you and C3!

I am an ‘all-rounder’ student! Band 6 across the board, including English!

Hello C3! I got a Premier’s Award, which means ALL BAND 6’s, including English!

Thanks for all the help you have given me to achieve my English results. I greatly appreciate your guidance! 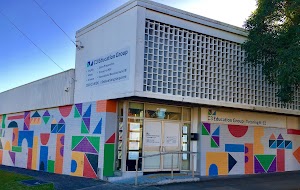 Jongwoo Yim
11:51 18 Feb 18
I would highly recommend C3 to prospective tutors and students! Friendly and capable tutors and staff are just the beginning of facilitating for students at C3. Highly organised and structured booklets guide students through a learning process catered to their respective skills and knowledge. The one-on-one environment allows further flexibility for the tutor to control the tutoring process if it is more efficient than the diverse booklets already available.

Pamela Nolan-Bermingham
11:01 19 Dec 17
We could not be more pleased, our son's results in English in the HSC were what made the difference in him being offered his first preference at the university of his choiceWe are blown away. So, thank you so much to his amazing tutor, you knew the formula to get him motivated which assisted him to produce his best.The improvement in his work and marks throughout Years 11 & 12 can only be referred to as astounding.

Anastasia Celeste-Leigh
09:33 21 Nov 17
Amazing enthusiasm and quality of teaching. Despite English being quite a tedious subject they managed to make it enjoyable. Great support from teachers which I really could not have made it through the HSC without them.

Sabrina Yip
04:22 16 Oct 17
I personally never liked English a subject, but the tutors at C3 made learning English a more enjoyable and fun process while also increasing your understanding of the topic. Tutors and staff were all very friendly and supportive.

Simon Liu
05:31 23 Aug 18
Thanks C3 for the awesome tutoring experience. Both my sisters came here and we have all benefited from the learning experience. Very caring tutors

Andrew Kim
10:03 03 Nov 18
I am currently finishing my IB english literature HL exams and I know that they have saved me countless of times from assignments and assessments where they would teach the fundamentals and notions of English based of the IB syllabus, rather doing it for you themselves. Long term this makes your life 100% better and allows you to wrap your ahead around new and incoming tasks without having to constantly memories information you don't even understand. I encourage those that want to take their English level to a higher calibre to at least have a try with the teachers at C3 and see for yourself the difference in having to regurgitate countless essays and understanding how to apply what you have learned efficiently and effectively.

Jean Robson
23:38 20 Mar 16
Both of my children have benefited a great deal from C3 Education's tutoring services. The tutors are very kind and patient and always provide quality teaching. By closely following the school's syllabus and schedules my children are always prepared for assignments and exams enabling them to achieve the goals and results they are striving for.The staff have always endeavoured to coordinate schedules and find tutors that best fit each child and the convenient location is an added bonus.I would highly recommend C3 Education. - J Robson

Zeekai
06:36 27 Aug 19
For the past year and a half, I have come to C3 and I have always come away with excellent clarification on any questions I had about English. The tutors are very friendly and move at your pace to make sure you understand the content. Love you long time C3.

Shreya
05:47 28 Aug 19
The teachers are highly knowledgeable and inspirational which has helped me develop a passion for English.

Mohammad Nabiei
05:25 29 Aug 19
I started C3 at the end of year 11 because I had recently moved to Australia and had almost no familiarity with the Australian syllabus. From that point on, I immediately had an improvement in my english marks with the help of C3. Thanks to my friendly tutor Mr James and the team, I was not only able to understand how to properly answer HSC questions but to improve my overall English level. I ended my HSC school year with 1st rank in English and never thought I would have achieved full marks in my essays and school assessments. Thank you guys for the support - I highly recommend this place!

Teagan Truong
06:50 06 Sep 19
When I was recommend to C3 Tutoring in year 11, it had been the first time I was overall 100% pleased with the first lesson. Since joining, my grades along with my confidence in the subject improved dramatically. The structure of the lessons also posed new and unexpected perspectives towards ‘disliked’ topics allowing me to expand and improve on my skills. I definitely recommend C3 to anyone who is looking to learn in a safe and comfortable environment.

Georgia Dunn
06:33 06 Sep 19
C3 has been so helpful in helping me with English in my final year of high school. All of the staff are so kind, helpful, motivational and supportive, especially Mr James. I will always be grateful for James as he made me enjoy English (which I never thought would happen), and he helped me improve my marks every single term. I highly recommend C3 education group.

Lachlan Stephenson
10:49 15 Sep 19
This place is amazing, I was definitely taught well. coming from a student who really struggled with maths and english to be at the top of all my classes. thank you to Miss Geraldine, Miss Emma and Miss Christine for getting me to where I am now

liz rice
04:35 27 Sep 19
It is difficult for softspoken individuals to truely flourish in an environment similar to school, but C3 allowed for me to actively engage in the content. It is a comfortable place where learning became less of a chore but something that can be enjoyable. I was able to develop confidence in my writing and improve in ways I couldn't have in a large, systematic class. I recommend C3 to anyone who would prefer a close studying unit.
See All Reviews